We have recently appeared in the Unmanned Systems Technology magazine in their 35th issue as a part of a broad article for the state of the art in GCS software.

They published a interview with our CEO, Niklas Nyroth that we would like to reproduce here for all of you. 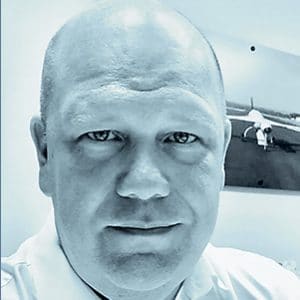 “We spoke with Robot Aviation about their SkyView GCS software, which originally started development in 2003 as part of a R&D program called the PRST (Portable Remote Sensor data Terminal) funded by the Swedish Defence Materiel Administration (FMV).

“In 2009 the PRST software was completely re-written from scratch using an event-driven N-tier architecture, and on that basis in June that year, Version 1.0 of the SkyView GCS software was released as its own product. The latest version of the software is 2.6.0, which was released on June 15, 2020, and the software has been used by more than 30 organizations – primarily UAS manufacturers – around the world.”

Through this software, operators can simultaneously control any number of UAVs at once (limited primarily by computer hardware), while viewing payload data streams, planning waypoints, setting geofences, monitoring subsystems’ performance, and configuring and logging many more values.

As well as being based on STANAG 4586 (which ensures interoperability between UAV systems to NATO CONOPS requirements), SkyView GCS is designed to run on any Windows computer with 2 GB of RAM and a 2 GHz Intel CPU (as well as DirectX 11), command and control any UAV while displaying any required telemetry data, and allow customer-specified displays, plugins, data replays, and scalability. 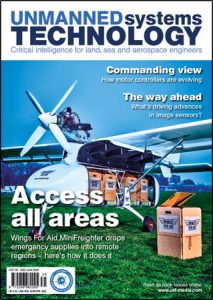 Additionally, a MAVLink bridge is implemented to enable use in both military-oriented STANAG 4586 networks as well as commercially-oriented MAVLink networks.

“STANAG 4586 and MAVLink are not so different when it comes to functionality; both standards are built up around flight information such as waypoint navigation, loitering, launch-and-recovery, and operation of gimballed cameras, laser rangefinders, and ADS-B transponders,” Nyroth adds.

The software has been developed using Visual Studio and C# programming language, with some plugins such as video processing and display written in C++ for optimization purposes.

All source code is version controlled using the Git distributed version-control tool, so that changes in the source code can be tracked during the software development phase, with automatic detection of build errors reported to the development team.

In the user interface, real-time overlays of video feeds are available in both Map and 3D-Terrain displays from the UAV, using digital video standards such as MPEG-1, MPEG-2, MPEG-4, and H264, with internal latency typically less than 100 ms. Video and telemetry recordings are synchronized down to 50ms and the operator can take photo snapshots as well as record local video snippets for fast external distribution.

These include the VSM C++ SDK, written in ANSI C/C++ to allow UAV manufacturers and integrators to easily integrate a new UAV into the NATO STANAG 4586 network across different operating systems including Linux, MacOS and QNX, and specific SDKs for integrating Collins Aerospace’s Piccolo autopilot and weControl’s wePilot autopilot.”